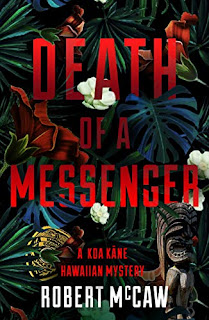 Aloha and welcome to Hawaii's Big Island and a journey deep into the exotic locales where we discover its language and crime. Kilauea’s smoldering lava fields—a unique place to bury the bodies. It's a prequel to Robert McCaw's, A KOA KANE HAWAIIAN MYSTERY, DEATH of a MESSENGER (Oceanview).

A scrap of cloth fluttering in the wind leads Hilo police Chief Detective Koa Kāne to the tortured remains of an unfortunate soul left to burn in the path of an advancing lava flow. For Koa, it’s the second gruesome homicide of the day, and he soon discovers the murders are linked. These grisly crimes on Hawai‘i’s Big Island could rewrite history—or cost Chief Detective Koa Kane his career.

The dead, a reclusive couple living off the grid, turn out to be mysterious fugitives. The CIA, the Chinese government, and the Defense Intelligence Agency attempt to thwart Koa’s investigation and obscure the victims’ true identities. Undeterred by mounting political pressure, Koa pursues the truth only to find himself drawn into a web of international intrigue.

While Koa investigates, the Big Island scrambles to prepare for the biggest and most explosive political rally in its history. Despite police resources stretched to the breaking point, Koa uncovers a government conspiracy so shocking its exposure topples senior officials far beyond Hawai‘i’s shores. 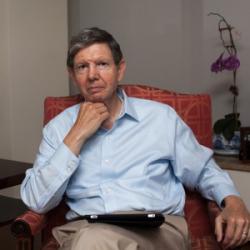 I’ve always been fascinated by puzzles.  As a math major at Georgetown University, finding solutions to complex mathematical problems was a big high. But the mostly self-contained career aspects of a mathematician left much to be desired, so I looked elsewhere. After college, inspired by my dad who was a career JAG officer with the US Army, I entered the Army as a Second Lieutenant. After basic training, the Army ordered me to Camp Page in Chuncheon, South Korea. One day the camp commandant summoned me to his office, handed me the Army courts-martial manual, and appointed me the prosecutor in a case against a misbehaving soldier.  Back then, the rules for such cases required only that the defense counsel have at least as much legal training as the prosecutor—a rule easily met since I had none!

I proceeded to try the case against a fully qualified member of the Pennsylvania bar, making what I now know were the cringe-worthy mistakes of a newbie. Although the pro won all the motions, some of which went over my head, I won the case, and the guilty solder got the maximum sentence. Having tried and won my first case – solving a real-life puzzle – I was hooked.

I knew from that day on that I wanted to be a lawyer, and so began a legal career I pursued and loved for 40-years.  Along the way I graduated from the University of Virginia Law School, had the honor to clerk for U.S. Supreme Court Justice Hugo L. Black, and rose to partnership in a major U.S. law firm, ultimately opening its New York office..

Adding balance to my life, I had the good fortune to visit and fall in love with Hawaii. I took a star-gazing tour atop the Mauna Kea volcano, the tallest mountain on the Big Island of Hawaii capped with many of the world’s finest observatories.  Again, I was hooked.  A friendship with a member of the astronomy program in college had exposed me to the science of the cosmos and although astronomy was the career I didn’t pursue, it still captivated me years later.  On repeated vacation trips to Hawaii, I toted a portable telescope up the slopes of Mauna Kea before ultimately choosing to build a second home – complete with a small observatory – on the Big Island.

In my scant free time, I studied Hawaiian history, language, and culture becoming intrigued by the richness of the land and people that served as hosts for the many astronomers in Hawaii. While still pursuing an active legal practice, I began to write, choosing the mystery genre to share what I had learned about the ancient Polynesians and their Hawaiian descendants. I intertwined Hawaiian history and archeology with the search for answers to the murder mysteries I conjured up. Many friends and acquaintances from Hawaii shared their insights and experiences with me for which I am most grateful. My first novel languished over the years and between vacations, put aside countless times under the constraints of my intense legal career.  When I retired, things were different and I finally dedicated myself to finishing my first novel.  Again, I was hooked!  And so it continues . . .

As a trial lawyer, one is mostly confined to a set of provable facts. Stray too far from the evidentiary record, and you lose credibility with the judge or jury. Not so as a novelist. If the facts don’t paint the desired picture, fiction writers are free to set the stage and write the history of characters as they see fit. It’s wonderfully liberating, but not without its challenges. Stray too far from the believable and you lose credibility with your readers. But, again, those are puzzles to be solved . . .

Thanks to FSB Associates, we're lucky to have one copy to giveaway. Just tell us if you've ever been to Hawaii or if you want to go. We'll announce a winner soon. Good luck.

To purchase DEATH of a MESSENGER

Popular posts from this blog

SO HAPPY TOGETHER by Deborah K. Shepherd - Review & Giveaway 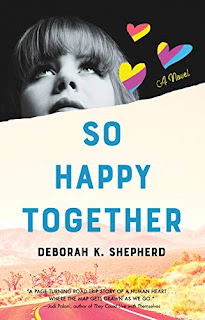 Deborah K. Shepherd's novel, SO HAPPY TOGETHER (SheWritesPress) starts in the 60s. College student, Caro is all into sex, drugs and rock 'n roll! But then readers are with Caro in 1987, where she's married and the mother of three children in Westport, Connecticut. Her marriage is falling apart, she misses her creative self as a playwright and she can't stop thinking about Peter, who was the love of her life twenty years ago. Caro has a nightmare about Peter and takes it as a sign to drive 1,537 miles to see Peter in North Dakota. This is before Facebook and cellphones, so she doesn't even know if he's alive. Her three children, Greg, Sarah and Caleb are off to camp for two months, so this is her opportunity to leave her husband, Jack. He doesn't even know she leaving until she's gone. SO HAPPY TOGETHER is a book full of life, yearning and the willingness to try. It's about believing in your soul and taking chances to fulfill your hearts desires. Sh
Read more 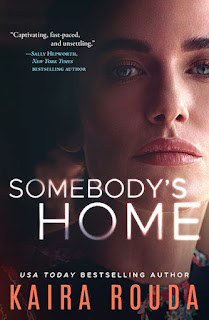 Hold on to your seat. Bestselling author, Kaira Rouda has published a new thriller, SOMEBODY'S HOME (Thomas&Mercer). Be prepared to keep reading straight through the very last page. Julia Jones has what most every woman would want. She's married, living in a palace, has more money than she can spend, but she's had enough of her verbally abusive controlling husband. Julia buys a house across the tracks and moves in with her teenage daughter, Jess to what she hopes is peaceful and tranquil. Unfortunately, the previous owners left something behind that turns their lives into a nightmare. Kaira once again has us biting our nails and flipping pages. Her characters are complex and the plot hooks you. In SOMEBODY'S HOME, she once again digs beneath the surface of "perfect" lives to reveal the truth. Readers are made aware of what people will do to protect their home and the people who live inside.  Kaira Sturdivant Rouda is an accomplished business leader, entr
Read more

AT THE QUIET EDGE by Victoria Helen Stone - Spotlight & Giveaway 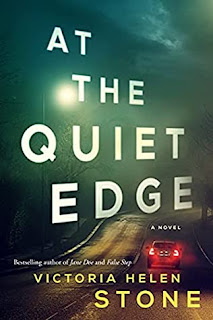 In Victoria Helen Stone's new novel, AT THE QUIET EDGE (LakeUnion) L i ly Brown has been abandoned by her fugitive husband and is rebuilding her life on the edge of a Kansas town that still feels the sting of his crimes. Lily lies low, managing the isolated storage facility where she lives with her twelve-year-old son, Everett, and planning a better future for them both. That requires keeping secrets. Everett has them too. After breaking into a storage unit, Everett finds photographs and news clippings of five girls missing for decades. For Everett, it’s an adventure and a tempting mystery to solve. But digging further into a stranger’s obsession is putting Everett and his mother in the crosshairs of a killer. Then Lily’s ex resurfaces from the shadows. Just as suddenly, an attentive new man enters Lily’s life. And a suspicious detective, responding to reports of a prowler, watches every move Lily makes. It’s getting harder for Lily to know who to trust―or whose secrets pose the
Read more

THOUGHTS ON THIS 'n THAT